History of the Upside-down Man

Standing the Test of Time...

Part I. The Art 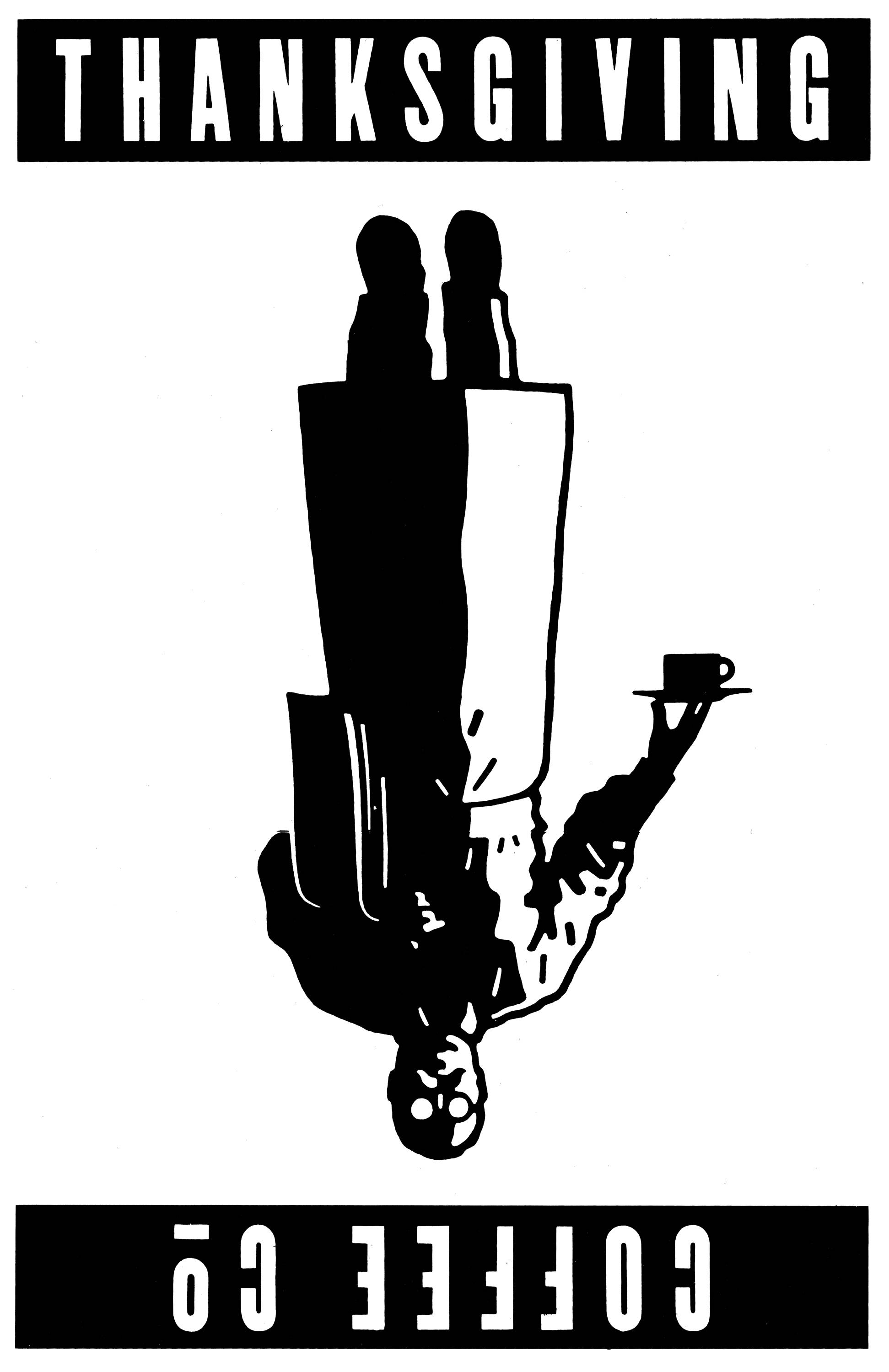 Thanksgiving Coffee has seen many changes over the past 50 years. The invention of the internet has been a big change that opened an entirely new territory where images are key to communicating with our customers, like you.

Since the first image was posted to the internet, approximately 54,400 images are now uploaded per second, or 4.7 billion per day. Thirty years later 91% of the world’s population has instantaneous access to approximately 750 billion images through their cell phones.

The “Upside-down Man” came just before the digital expansion. In the early ’90s, the North Bay artist Chris Blum was asked to make a new poster for our business. Long before the internet, Chris Blum developed his unique artistic style by devouring images from hundreds of magazines and newspapers. Chris believes “pop culture to be one of the best decoders of the cultural values of the times”.

As art director for the project Chris Blum brought in one of America’s most recognized illustrators and graphic artist Michael Schwab. Schwab’s art focuses on the interplay of positive and negative space to create strong and simple, yet always contemporary images. The resulting collaboration between Blum and Schwab is our iconic Upside - down Man, a timeless image with a message of who our company is.

The truth is our company is about service. We serve our customers the best coffee possible on every level of taste, and integrity. We serve coffee full of social, economic, and environmental justice for our global community. We serve coffee to support the health and happiness of our coffee farmers in their home countries. We serve coffee for the well-being of future generations through our conduct in the world and our local community. As long as Thanksgiving Coffee is in business, service will be integrated into the DNA of who we are.

Next time you see the image of our Upside-down man, we hope it serves to inspire you.
Sometimes in an upside-down world, the only thing right side up is a great cup of coffee.

For more images of our story visit our social channels